You are using an out of date browser. It may not display this or other websites correctly.
You should upgrade or use an alternative browser.

Nazi's used fascism in a way that makes them look like amateurs. In today's America we are dealing with a "soft", slow fascism. But fascism nonetheless.

Fascism works because it is based on a few large corporations being controlled by the gov't instead of 330 million individuals. And it's extremely efficient. Businesses are not held to "constitutional rights" of Americans. A private business can rob you of your right to free speech; your right to own a firearm; your right to worship as you please. And this is EXACTLY why democrats and liberal "republicans" love big gov't that crushes small business. If all that is left is Amazon, Costco, and Walmart, YOU HAVE NO CHOICE. When the gov't makes buying guns and ammo on the internet illegal (as Biden will undoubtedly do), and places like Walmart refuse to sell it on "moral" grounds, WHERE DO YOU BUY IT? Sure, you have a gun......... which is nothing more than a paperweight without ammunition in it.

See how nicely that works out?? FOR THE GOV'T. Not for you.

Remember when the ObamaLamaDingDing administration famously said that they shouldn't let the crisis of bankrupt, out of work Americans "go to waste?" Use it to pass $1 trillion in taxpayer funded gimme's for democrat donors! Which they did. Well, this "covid crisis" has been no different. They used it as a cudgel to attack Trump (as if any human alive could "stop" a virus), AND KILL AS MANY JOBS & SMALL BUSINESSES AS POSSIBLE. It was not an accident. It was a concerted, directed assault on freedom. Without choices you are totally under their control. You have only a few, large corporations run by liberals from which to get anything you are "allowed" to buy.

And once these businesses begin doing the bidding of the gov't, or even just their liberal, billionaire "progressive" CEO's and shareholders, there is no going back. Because wealth begets wealth. And no corporation is going to turn on the gov't when that is what keeps them rich.

Keep in mind: the nazi's got children to send their own parents to the gas chamber.

Case in point: MICROSOFT. Microsoft has done great things for society in general terms, but they are a PERNICIOUS beast of a corporation. They spy on Americans, harvest their data, and get their "customers" TO PAY THEM TO DO IT. Did you know that microsoft windows 10 contacts the mothership company something like every 11 seconds? OH YES. And have you ever tried to stop it from updating itself? It's a chore, I can tell you. It took me three weeks of on-again, off-again frustration to figure it out. And why would I want such a thing? BECAUSE I PAID FOR IT, THE HARDWARE IT RUNS ON, and I should be able to control what information it collects on me, what files it accesses, who it calls and who it tells about my activity and WHEN.

Microsoft long ago figured out what Apple already knew: software is too limiting to steal personal information that is VERY valuable for sale on the open market. "Apps" that you can force onto a "cloud" server in order to work are much better suited to harvest where, when, how much and for-what statistics and information. In fact, these apps require you to "accept" terms and conditions and no one reads, rarely understand, and never contemplate the consequences of. In fact, if you refuse to agree you are barred from using these services/software/apps. **POOF** You have "agreed" to them spying on you, using your data, even scanning and cataloging your emails, documents, images, et al.

The average American would be stunned to know the amount and type of information these massive corporations have on them. It's fucking scary. And few have the resources or know how to prevent it.

And nobody loves it more than big gov't. Why? Because when you "agree" to allow these companies to spy on you, you no longer have any say over WHO THEY GIVE THAT DATA TO (or sell it to). Which means the gov't no longer needs the hassle and inconvenience of a judge to issue a warrant to hoover up your documents, images, texts, and location data. If you are not independently, and LOCALLY, encrypting everything you put on the internet, the gov't has a copy of it. If you don't know how, LEARN. Find a copy of the last working TrueCrypt and figure out how to use it.

"In other words, it is possible to effect policy globally through the judicious application of pressure to a few key technology platforms. "

And you thought you lived in a free country? Welcome to America.
Last edited: Dec 19, 2020

CASE IN POINT: Microsoft fails to mention in this article that the recent "hack" of major businesses and gov't entities was done on their RIDICULOUSLY stupid Microsoft 365 product - the one that forces users onto a "cloud" for the simplest of tasks like writing an email or a document. What do they do instead? BLAME TRUMP.

"Smith says 2021 'creates an opportunity to turn a page on recent American unilateralism and focus on the collective action that is indispensable to cybersecurity protection.'"

Interpretation: Trump acted "unilaterally" (also known as AMERICA FIRST), and didn't rely on people we cannot trust to protect us from our own bad software creation and cancerous cloud environment.

Microsoft is glad Trump will be gone because all big corporations love fascism. The gov't MUST support them or they won't support the gov't (i.e. - POLITICIANS).

So like a good little soldier Microsoft didn't let a good crisis go to waste: instead of accepting their apportionment of responsibility THEY BLAME TRUMP AND AMERICAN FIRST. What an asshat.

And here's a tip for anyone who doesn't already know: IF IT'S ON THE INTERNET, AND NOT ENCRYPTED, IT IS NOT SAFE. Period. And even then, the encryption method and who holds the keys are a factor as well. Anything you are doing "in the cloud" is shared all over the world; including your Ring ANYTHING (doorbells, locks, VIDEO CAMERAS), because it is not encrypted. End to end encrypted data is not available for snooping and marketing data harvesting, see? 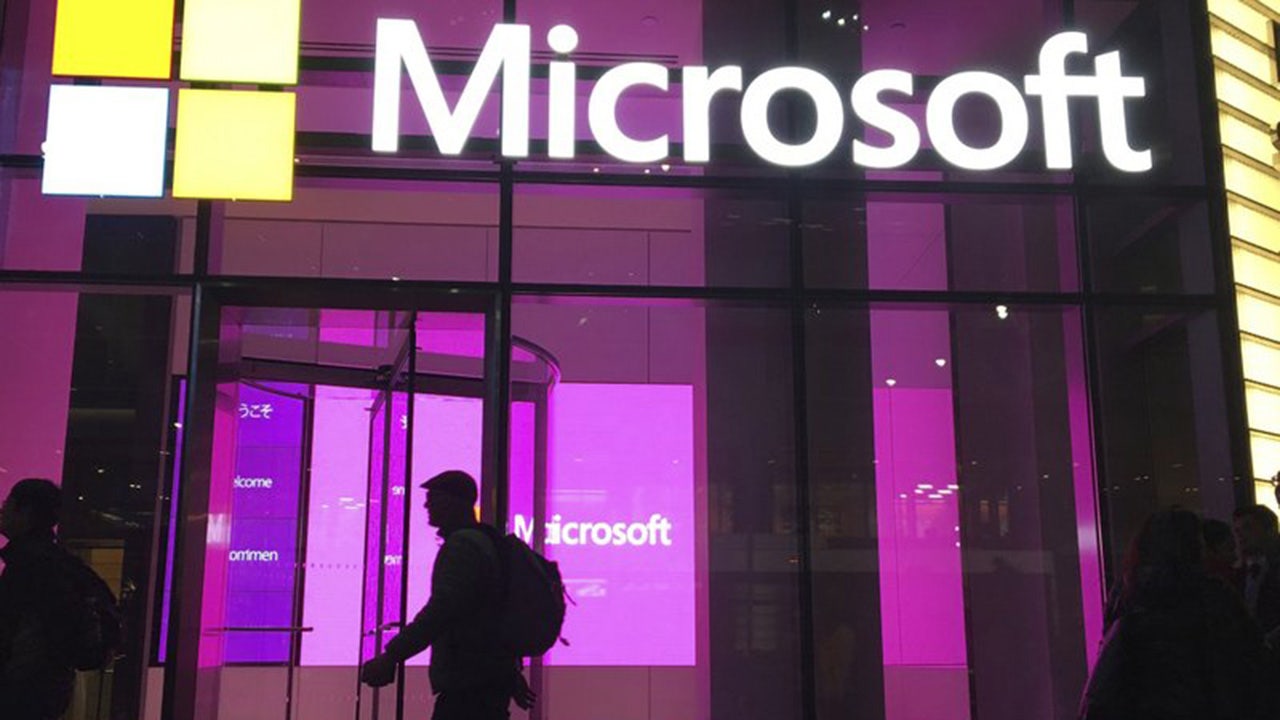 Microsoft president: Russia's alleged hack of US government a 'moment of reckoning'

The suspected Russian hacking campaign that targeted U.S. government agencies and dozens of companies around the globe is a "moment of reckoning" that "illuminates the ways the cybersecurity landscape continues to evolve and become even more dangerous," Microsoft’s president is warning.

And lest we forget: The most corrupt admin in the history of the United States, the Obamallamadingdong administration, TRIED TO FORCE EVERY SOFTWARE COMPANY TO INSTALL "BACK DOOR" GOV'T ACCESS INTO EVERY DIGITAL PLATFORM. https://www.pcworld.com/article/293...ts-to-fight-us-govt-encryption-backdoors.html

And let's not let it go unsaid: The "for the children" excuse is wearing thin. No one in this country cares about your kids, but YOU. The gov't sure doesn't give a shit. Why else would Obamallamadingdong have let random illegal mexicans walk out of an ICE detention center with random young children NOT HAVING ANY IDEA WHERE THEY WERE GOING OR WHO THEY EVEN WERE? Or even let ANY illegal alien run loose in our country. Every single one of them who is here more than a week is an ACTIVE CRIMINAL.

Um......... If we don't have encryption that someone can't hack into, HOW DO WE DO BANKING ONINE? How do we buy anything wherein we are required to provide enough information to steal our identities? Oh wait. An illegal stealing your identity is your GIFT, a reparation if you will, for your citizen-privilege. Just ask Marco Rubio. He's one of the dumbshits who tried to make it ILLEGAL for law abiding American citizens to pursue ILLEGAL ALIENS who stole their identities when they come forward for amnesty.

Regardless, the gov't will never. end it's pursuit of ending your privacy, your constitutional rights, in order to control you, spy on you, and bend you to their will. Instead of violating the "rights" is islamist nut jobs they bring into the country from countries and societies that hate us, they want to ruin Americans' lives in the name of "fairness."

Nothing about what these people are doing to my country sounds "fair." App stores make natural chokepoints for de facto government regulation, without the long and politically expensive process of legislation. But the privacy and security implications of this approach remain, and tech giants should understand this is more than a mere business decision.

And isn't interesting that as the gov't moves to erase YOUR privacy, they moved in 2006 to increase their own, to hide gov't employees inner workings from the public.